I live in the United States in Prescott, Arizona. When I was 15, I fell on a wooden stage and injured my tailbone. It seemed to heal perfectly after a month. When I was in my 20s, I went to law school, graduated, and started working as an attorney. After a series of lousy chairs, and long hours, when I was 33, I started to feel pain in my tailbone. My orthopedic surgeon said surgery was uncertain (it could help, or it could do nothing). He referred me for two shots. They helped but the pain returned about a month later.

That's when I found coccyx.org and a pelvic floor physical therapist in Phoenix. The internal manipulation she did really helped my pain. But the trip from Prescott and the cost (cash only and no insurance coverage) made it difficult to continue. Fortunately, I found a chiropractor in the area that also does the internal manipulations, for about half of the price of the physical therapist.

For the tight muscles, yoga helped. The muscle relaxers made me too sleepy. One of my medical providers recommended a magnesium supplement. That helped some.

Chair. After trying about 10 chairs, I finally found a chair from the Carmichael Throne Company that has a built-in channel between in the middle of the seat cushion. For the first week, I found the cushion material pretty hard. But after talking to the company's president, I gave it another try. He was right after another couple days, the cushion material was comfortable. Now I can sit in this chair for over 6 hours a day. Add a standing desk, and I can work a whole day. 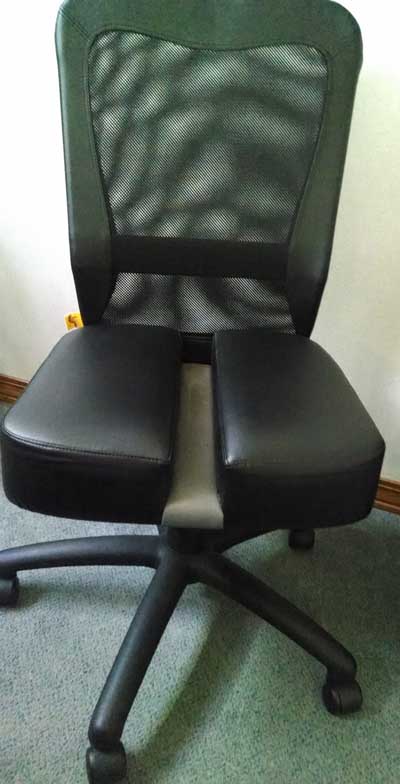 Cushion. I also tried about eight different cushions. The one that worked for me was the WonderGel Seat Cushion (original version); I cut a channel down the middle of the cushion and it works perfectly. 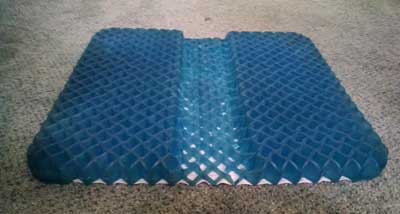 Providers. Please add the following medical providers in Phoenix, Arizona and Prescott, Arizona to your list. The first two, Ms. O'Keeffe Beran and Dr. Fujinami, I went to as a patient and they helped me. The third, Vernon Jex, I found out about afterwards that he also does pelvic floor physical therapy, including internal manipulations. See Doctors and specialists in the USA, Arizona for contact details.